why travelhouseuk is famous amongst north american community

Think of the New World and the mind suddenly conjures up images of the Grand Canyon, the majestic Niagra Falls and the stunning Walt Disney World. North American demographic composition is ethnically heterogeneous in the sense that its people have come from many countries of origin and cultural backgrounds. Although North America is a mosaic - a multicultural society - the numeric predominance of those of British and Spanish origin is unquestionable. Underlying the popularity of the term "ethnic plurality" is a rising global awareness of the cultural diversity of the continent. From American liberalism to Canadian hospitality, from spicy Mexican food to Caribbean beaches, there is everything for everyone. Bringing together the traditional and the contemporary, the cultures of North America are trendsetters across the globe and strengthen the continent's reputation as the Atlantis that it was imagined to be.

Being the world's third largest continent, it stands to reason that the climate would vary from place to place. From a very broad perspective, the regions along the Arctic Ocean (Northern Canada and Alaska) are extremely cold and frosty as opposed to the Mediterranean climate of the California coast. The southern parts of the United States are generally warmer. In the United States and Canada, spring starts from March and ends by May whereas the summer season stretches from June to September, there or thereabouts. Southern states of the United States (Texas, North and South Carolina, Maryland etc.), much of mainland Mexico and the Caribbean have more of a steady seasonal change. The southern portion of North America remains dry from November to April and this is the peak-season for tourism there.

North America is a competitive market for aviation business and major airlines such as American Airlines, Delta Air Lines, Air Canada, United Airlines and AEROMEXICO are the leading players. With business opportunities arising as tourism changes trends, there is a growing demand even for the most remote locations. In the USA, American Airlines, Delta and United Airlines have the bigger market share. These airlines have a global coverage and provide rapid accessibility to major destinations to and from the United States. Air Canada creates value in ways unique to a Canadian enterprise. Recent years have seen Air Canada becoming one of the top performing companies in the region. It serves a total of 102 destinations and boasts a fleet size of 415 aircraft. The remarkable development of AEROMEXICO (currentlyserving 25 countries) correlates with the growing need and trend of tourism in Mexico. All airlines above mentioned use state-of-the-art aircraft and offer top-notch flight experiences. Passengers can enjoy a wide range of amenities and in-flight entertainment. Continental meals are served onboard and sometimes international cuisines are introduced. Special requests such as the choice of meal, the demand for disability aids etc. are also entertained.

Located in Northern Arizona, the Grand Canyon Park is a major attraction. Here travellers will traverse the maze of vast canyons and have a breathtaking experience of what is only familiar to them through the media. The Niagra Parks feature some of Canada's most iconic attractions that have been trendy for generations. The most popular (read instagrammed) site being the Niagra Falls of course! The Yellow Stone National Park is a large-scale, well established reserve that is considered by many to be a big hit among locals and tourists alike. Exploring the Mayan civilization in Mexico is like time travelling to the past. Explore different UNESCO World Heritage Sites and museums that house everything relevant to the continent's rich history. For those who just want to spend quality time at the beach and unwind, Cancun is a good place as well as the Caribbean Islands. One cannot go wrong! 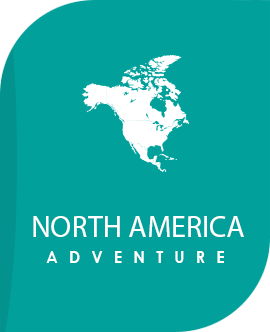 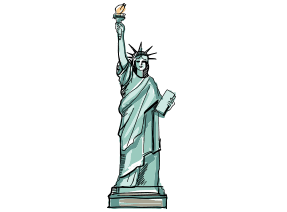 Most Visiting Countries in North America 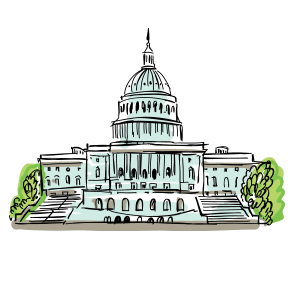